Our Own Tyrell Corporation

One of the biggest aspects of our presently unsustainable approaches to computing is its concentration into the arms of wealthy, powerful corporations, like Google and Amazon.

Some people may argue that is not right on some more conventional lines you have probably heard before about power and corporations. That is not what I will argue today. No, the problem with this state of affairs is more along the lines of the cathedral and the bazaar, specifically the apparent collapse of this dichotomy as we knew it. The bazaar has been co-opted by these corporations, who have turned it into a veritable supermarket. Unfortunately, it is becoming increasingly impractical to live without it.

The reason for this is not merely that they hold vast quantities of computing resources. As shown in the Ethos, our computers today are quite capable; even much older computers have a lot to offer with the right code. Therein lies part of the problem with sustainability: the code we write is increasingly dependent on the infrastructure that only exists in “the cloud”. This is one of many things that keeps programmers stuck in the yoke of building things that don’t last.

Just recently, a blog post by Nelson Elhage made the rounds on various subreddits, reddit clones, and social media, detailing a build of the LLVM compiler toolchain in 90 seconds. Telling it is that the process apparently depends on Amazon Lambda! How come I can’t run my own server rack, or small computing array at home, or within my own local business, and do the same thing? The code should, in theory, transfer over, right? Wrong. Amazon doesn’t just own their servers. They practically own the ability to achieve this fast building of the LLVM toolchain. You can’t just do this yourself. Amazon is effectively monopolising “building LLVM in 90 seconds” from all but a tiny handful of competitors of theirs you already know. It’s literally monopolised by the dictionary definition until somebody as big as Microsoft or Google comes along to reimplement it on their infrastructure, even. Do you know what’s required to do something like this from scratch on your own, let alone do it in such a way that others like you could replicate? Even if you do, you won’t have the time needed to execute it. There’s so much complexity you have to care about, it’s a natural consequence that computing ability has been so concentrated. So the very conceptual abilities of software developers are, bit by bit, becoming more mated with the proprietary makings of cloud computing giants like Amazon and Google. This is a slow trend, but it’s there.

This unfortunate trend also helps highlight the strategic failings of free, libre, and/or “open source” software initiatives. Practically speaking, Amazon’s products are as proprietary as it gets, although all of their helper libraries may be permissively-licenced for your consumption. This is actually even less free than the old days of proprietary code, where the chief obstacle was mostly a legal one and you could reverse engineer proprietary binaries anyway. You’ll have a much harder time finding reverse engineers now than 20 years ago, and an equally more difficult time becoming one if you are so heavenly inclined. Cloud computing has made licencing one’s way out of propriety impossible. Even the Affero GPL cannot help to undo the existential damage to the proverbial bazaar Eric S. Raymond once exalted. 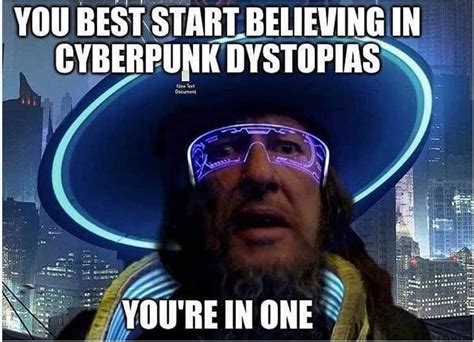 As many of us have come to know already otherwise, we live in an increasingly cyberpunk future. Power is often the name of the game, Orwellian social mechanics seem more lively and prevalent than ever, and resources are finding themselves increasingly concentrated in the hands of vanishingly few people. With this in mind, the picture of cloud computing is fairly straightfoward: the Tyrell Corporation, or perhaps even the Wallace Corporation for the towering height of its bastions, from the well-known Blade Runner franchise. The very concepts of useful programming as we know it are, piece-by-piece, becoming bonded to these massive companies who have shored up not only physical computing resources but also cornered the academy of computer science and software engineering as well.

The ways our physical devices work are slowly becoming distilled into a singularity of interchangeable sameness, since hardware diversity is more of an annoyance for big companies to deal with. Slowly we will trend towards a world of thin clients, where consumers are given nearly-useless bricks to connect to the internet and pay for a subscription to something interesting or useful that used to be possible offline. This creates a lot more problems for people than it solves. It’s time to save our own computers, and all the immense, unrealised power that lies within them, before things move too far on and it becomes too late. We must show the world what they are missing by realising that power and bringing it to their attention, or at least remind them of it where it once was. We can have a world free of parasitic software-by-subscription, but we have to fight for it.